Tag Archives: behind the illusion

One project ends, another begins…

My directorial debut The House is completely finished and edited! Very exciting. I’m going to wait until we’ve had the university screening next week before I put it up online, and then it will be posted here straight away. I’m excited and nervous about having it playing up on the big lecture theatre screen. Any slight issues that seem so small before are suddenly loud and huge and glaring and it can be mortifying.

I’m proud of the project though, and believe it is as polished as it could be with the time we had. Of course there’s always things that I wish could have been different, but you have to just deal with it and move onto the next thing. I think I’m a slight perfectionist (aka control freak), but I think that’s good. Maybe..

I’m currently at home (Chesterfield, near Sheffield) and showed a couple of my best friends the film. They seemed to be impressed and went “awww” in the right places and seemed to actually feel something for the main character, which is the aim I guess! So that’s good. I definitely want to direct another fiction film in 2012, hopefully one where we get some more pre-production time.

I want to be involved in something much more upbeat, like a comedy or maybe even a romcom. I totally am not a typical film student, I love the mainstream stuff as well as the really amazing films. I guess I’m just sort of against any pretentious attitudes in regards to film. The number one aim should be to entertain and get the audience involved, however that may be. Sometimes I think certain things are scorned just BECAUSE they appeal to the masses, and that seems daft to me.

I slightly went off on a complete tangent. But yeah, I would like to do something more upbeat. I would actually love to be involved in a musical, but I’m not sure if that would be possible as I would need somebody who knows all about music to work with me throughout the project, which could be tricky. But if one came along I would snatch it up straight away. Or a thriller. I guess I just like a bit of excitement and extravagance with films. I like ‘The House’ but it is all very dreary and depressing, like something out of a soap. Not that I have anything against soaps, Coronation Street brought my family together every night it was on throughout my whole childhood, and I have a lot of respect for how much work they do to churn out episodes constantly.

So yes, I have my reading week where I have two assignments to be working on, ending on a short holiday in Butlins, before heading back to York and begin directing my documentary ‘Behind The Illusion.’ I’ve arranged a lot of it in my mind, which always makes me excited. If everything comes together it’s set to be a really great program that is likely to be a good showcase for all 5 of us involved. I’m at the point of the project that I hate however, when you have to wait for things to be confirmed and you’re still waiting to hear and the start date is edging closer… But I have faith that my producer will sort it out, I just need to relax a bit. 🙂

I think I’m going to start blogging about other things going on in the film world, such as my thoughts on the new ‘Hunger Games’ trailer (a blockbuster based on my favourite book series, a young adult dystopian type of thing) and probably another one all about Christmas films as I’m feeling extremely festive.

I want to see this: 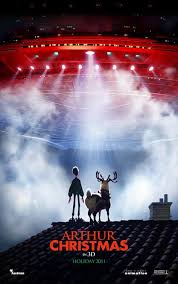 Tagged behind the illusion, film, film student, the house